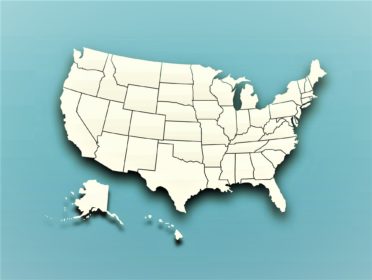 Most people understand loans like payday or title loans can be dangerous and very costly. However, that doesn’t diminish the fact that many individuals rely on them in order to put food on the table or pay for emergency medical expenses. These loans are typically taken out when a person feels that there is no other option.

Payday loans, on average, can cost borrowers over 300% in annual percentage rates (APR). This means that someone who takes out a loan for a few hundred dollars may end up paying back three times what they originally borrowed. There are a number of vocabulary terms that can help you better understand these, and other, loans.

The APR is the amount of interest you would pay on a loan if it is kept for a full calendar year. It’s important to be aware of this number when you take out a payday loan, credit card, or any other type of potential debt. Don’t settle for only knowing the monthly interest, as this doesn’t include all of the fees you will see in the APR. If you are considering a loan, compare the APR with other options before making a decision.

When a payday loan company representative talks about terms, they are talking about the amount of time over which you will repay the loan. Payday loans may have a two-week term, but it can also be a week, month, or another length of time. Loans that are this short-term tend to be hard to pay off, which lenders are aware of. If the borrower doesn’t have the means to repay, they may be offered an extension along with extra fees and more interest. It adds up quickly.

Rollover is what happens when a loan is extended, and extra interest and fees are attached. The most common way this occurs is by asking the borrower to pay the interest on the first loan and then extending the loan for another two weeks, or whatever the term might be. You may see what the problem is here. Yes, you have paid off the interest on one loan, but you haven’t paid off any of the actual meat of the loan. This leads to more and more extensions which ends in more debt that is hard to escape.

Each state may have their own rules when it comes to payday loans. Many states have chosen to cap the APR on loans at 24% to 48%, along with installment repayment. Many also have some sort of criminal laws that can protect consumers. However, as mentioned, each state is different so you really can’t rely on only knowing the average.

It may seem crazy, but there are 32 states who either authorize high-cost loans, have deregulated small loan rate caps, or have not closed loopholes that those in the industry use to keep loans excessively high. These loans are among the most dangerous as the consumer does not have the recourse that those in other states may have.

There are three states that qualify for offering lower-cost payday lending than average. Small loans, in this case, are secured in exchange for access to the borrower’s bank account, ensuring the loan originator gets paid back. The three states that apply here include Maine, Oregon, and Colorado.

In Colorado, payday loan laws require a six-month term for loans based on checks that are held by a lender. The loan may include charges of up to 45% APR, along with a 7.5% maintenance fee for the first month, and tiered finance charges of 20% for the first $300 borrowed and 7.5% for anything from $301 to $500. However, loans can be prepaid with a rebate of unearned fees, or they can be paid in installments or a single lump sum.

Oregon allows a one-month minimum term payday loan with 36% APR along with $10 for each $100 that is borrowed.

There are fifteen states, along with the District of Columbia, which protect consumers from high-cost loans by either prohibiting them entirely or setting some kind of cap or limit. These states consist of Arizona, Arkansas, Connecticut, Georgia, Maryland, Massachusetts, Montana, New Hampshire, New Jersey, New York, North Carolina, Pennsylvania, South Dakota, Vermont, and West Virginia.

New Hampshire, Montana, and South Dakota have all capped their payday loan APRs at 36%. Arizona rejected a payday loan ballot initiative, and no long authorizes them. North Carolina has also stopped allowing them after finding they trap citizens in debt. The District of Columbia also ended the practice. When it comes to Connecticut, Maryland, Massachusetts, Pennsylvania, Vermont, and West Virginia, these states have never allowed payday loans. As for Georgia, the loans are prohibited under racketeering laws. New York and New Jersey only allow loans of 25% and 30% APR, while Arkansas caps maximum rates at 17%.

If you live in a state that allows payday loans and have fallen prey to their tactics, you may wonder how to get yourself out of the situation. Thankfully, there are options available to you. The most successful way to find yourself out of payday loan debt is by working with a payday loan consolidation agency, like the one at Real PDL Help. You can get in touch with a skilled employee who can help you turn around your financial situation. Just send in a quick message for a free consultation!

"First I just want to say thank you for all the help your company has done for me and my family. I don’t know where I’d be financially if I had never found and joined the...